The Year Seven students mostly come from MCHF Primary College. However, we also take students from other Primary schools around the area who have a Maronite background.

They are also offered various form sports including swimming (compulsory), park sports together with in-school sports. Besides this they also do a number of Rep Sports such as Volleyball, Touch Footy, Cricket, Soccer, Frisbee, Oztag and Netball.

In the beginning of the year students and parents are invited to an Open Day where they get to move around and familiarise themselves with the Secondary. Students in Year 7 also have the opportunity to listen to the Police Liaison Officer – who educates them on Internet Issues/Cyber Bullying .

The students have Pastoral Care Sessions every Friday unless there is a College Assembly or Mass. They are also introduced to the Peer Support Programme in Term 2 which is run by Year 10 Peer Support Leaders. This enables students to have a smooth transition from Primary to Secondary and the leaders are there to help them as they move on.

Students here have the opportunity to watch various outside group productions to help educate them on issues and consequences of Bullying as our College administers an Anti-Bullying Programme to provide a safe learning environment for our students.

They also have the opportunity to attend a number of College excursions and incursions as part of their ongoing study in various subject areas.

The students also take part in fund raisers organised by the College and also help with outside fundraisers like the sale of Bandanas to help out the Young Teens with Cancer.

Students are given an enormous opportunity not only in the academic and extracurricular areas but also in the sporting arena. 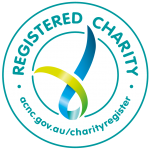